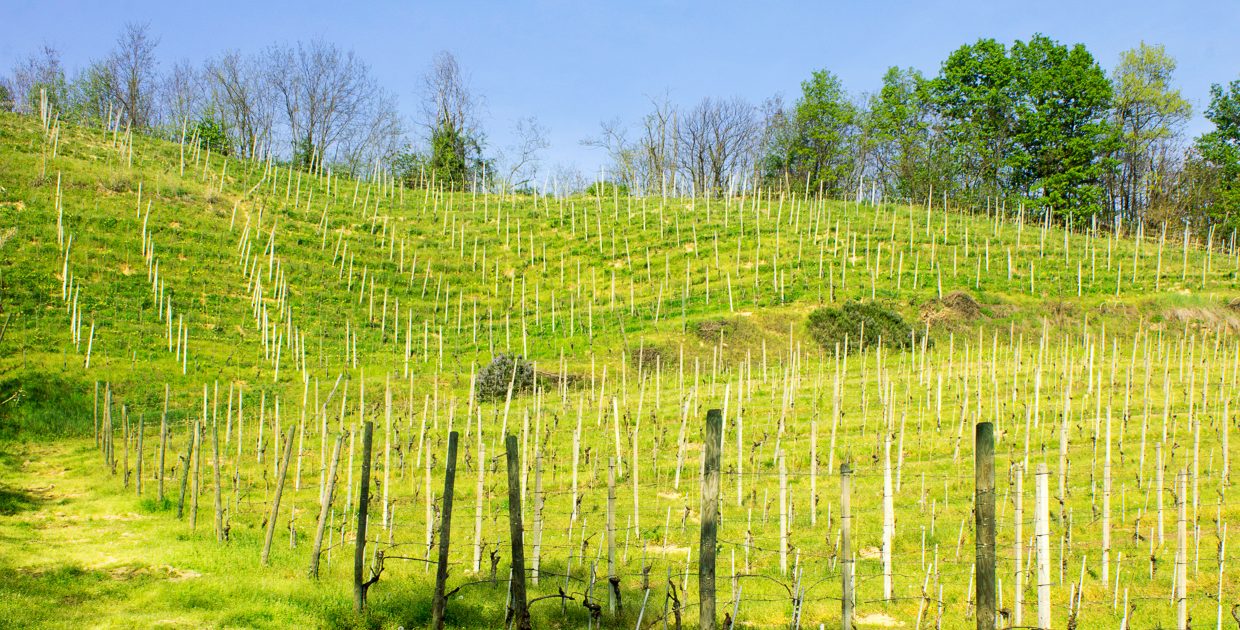 It’s one of the historical vineyards of the family; 110 years ago already, it was called “Ravine of white grapes” (“Riva delle uve bianche”), because here Arneis, Favorita and Erbaluce were cultivated.
An example of heroic viticulture: sandy (80% sand), vertical (55% gradient) and worked entirely by hand.
The 45 years old vines are grafted with the historical rootstock Rupestris du Lot.

Burigot is the classic case of a hard vineyard in Roero. It shows an almost vertical slope that exceeds 50%, which prevents the passage of any tractor and mechanical equipment. It is worked entirely by hand during all vegetative stages, including treatments, requiring almost the double of the normal work of a hillside vineyard.

The soil is 80% sand: the finer portion originates from the ancient marine shoreline (3.5 million years ago), which has mixed with a coarse, sometimes pebbly, fluvial origin portion. It’s a land rich in minerals, that drains the water very quickly. The strong draining power of the soil, and the great steepness of the vineyard depress the environmental energy of the vineyard.
The solution to ensure a balance of production was to plant vines grafted with the historical rootstock Rupestris du Lot, which guarantees the absorption of water and minerals on such a thin soil.

The Arneis from this vineyard is striking for its mineral taste. The texture of the soil has on average 80% sand, 15% silt, 5% clay.