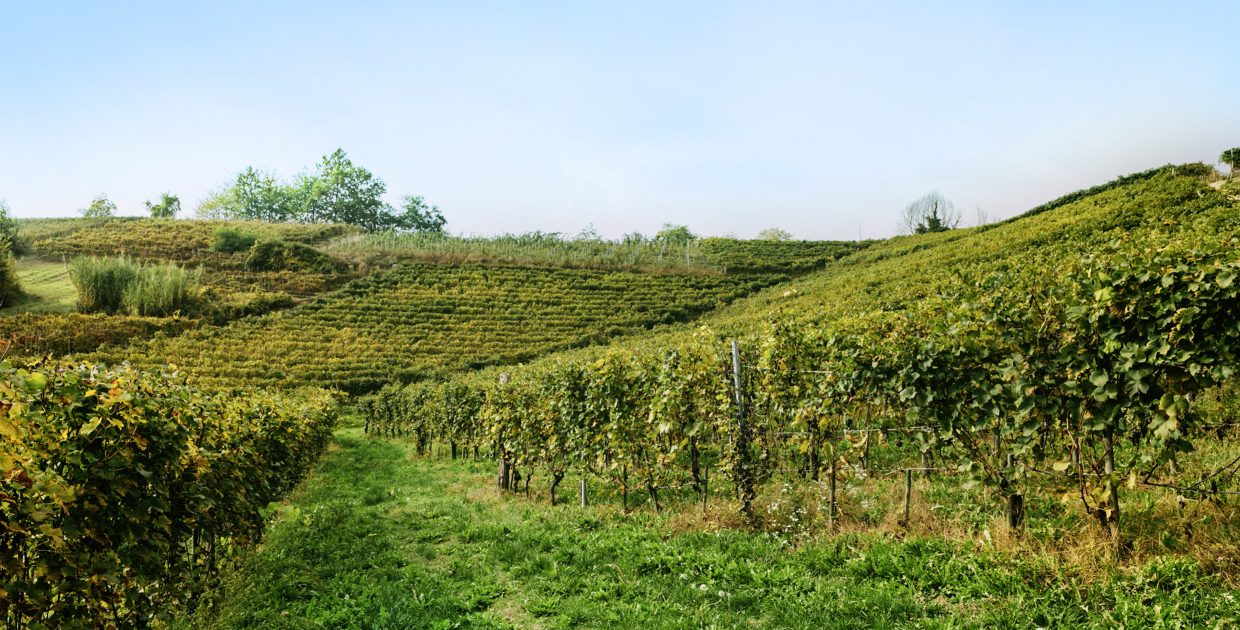 The oldest part of this vineyard was planted in 1994 with Arneis and Nebbiolo. The most recent planting hosts a massale selection of Arneis from 57 different biotypes identified in the oldest vineyards of Roero. We’ll select new Arneis clones from this plot, together with the Istituto di Virologia Vegetale of Grugliasco (IVV-CNR).

In Valteppe vineyard two types of soil, typical of Roero, can be identified: at the top of the hill there is a layer of soil that can be traced back to the sands of Asti, yellow-greyish; it is largely composed of sand and silt, with calcium concentration in the order of 5-7%.

This complex was formed about 4.5 million years ago by a shallow sea bottom (200 m) and densely populated by mollusks (710 species have been classified).
In the middle band of the hill, sand of Asti mix with older geological formations: the clays of Lugagnano, which have been originated 5,5 million years ago by a medium deep seafloor (500m), therefore less oxygenated.

The soil is mostly composed by clay and silt, it has a bluish-gray color, and it’s moderately calcareous (10-15%).
This type of soil ensures sufficient water supply in summer and a balanced availability of nutrients, very important for a production of quality grapes.
The texture of the soil has on average 50% sand, 35% silt, 15% clay with a total calcium content of 12%.