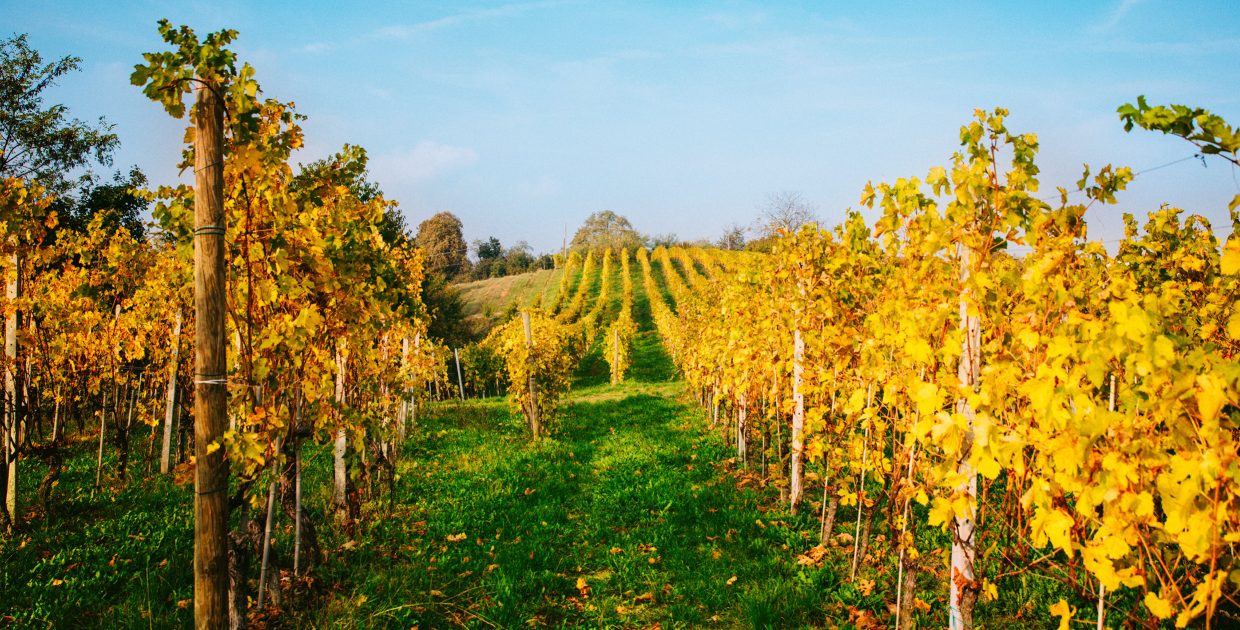 The vineyard is the result of a patchwork of small plots of vines purchased from several owners; it stretches on the eastern side on the hill called Vittori. Until seventy years ago this side of the hill was entirely dedicated to the cultivation of cherries. Some of the original plants are still present in the vineyard, with other more recently planted, and have become the symbol of this hill.
The exceptionally sandy soil (80% sand) interspersed with calcareous strips, the average altitude of 360 meters above sea level and the constant presence of wind make it the ideal place for the production of high quality Arneis.

The Bricco delle Ciliegie vineyard presents a mosaic of different soils, typical of the geological period of the high Pliocene (called Villafranchiano). The lands that stand at the top of the hillside are formed by coarse sand and gravel that originated 2.5 million years ago, when they occupied the coastline. Down the valley, this soil is mixed with sand of Asti, which constituted, about 4.5million years ago, the bottom of a shallow sea, rich in shellfish. As you go down to the valley, the soil becomes slightly calcareous (3-4%) and more structured.

The normal distribution of sand is often interrupted by clay stripes (oldest as to origin), that erosion movements have randomly distributed. The considerable differences between soils requires a profound and detailed knowledge of the area for what concerns the choice of a rootstock good for ensuring adequate quality and consistency of production.

Another feature of the vineyard is the constant presence of wind from the north-west (French alpine valleys) in spring and summer, which, combined with low rainfall (550 mm of rain per year), heavily influences the cultivation practices and the ripening of grapes.
The texture of the soil is on average composed by: 65% sand, 20% silt, 15% clay. In every harvest the grapes of this vineyard present excellent sugar content, a good acidity (from 6.7 to 7 g / l) and a very low pH (3.05 to 3.1), important requirements to produce a great Arneis.